As, splendid Listener, I have just turned 30, WHICH WE SHALL QUICKLY GLOSS OVER WITH THE SPEED AND STEALTH OF A RABBIT TRAINED IN NINJA SKILLS, I feel I should mark the beginning of a decade by taking up a new hobby.

I’ve never been very good at hobbies. I have always admired and/or detested those folk who answer a ‘What are you doing this weekend?’ question with ‘Oh, I’m going rally car racing then I’m foraging for fossilised mountain goat horns. It’s my hobby, you know.’ That sounds so impressive.

Back in the day when you had to put your hobbies on your CV (or resume for my American buddies), I had to reel off sad banalities like ‘going to the cinema’ or ‘reading’ or ‘socialising’; I was never able to write ‘alpine belly sliding’ or ‘taxidermy’, which was a shame. 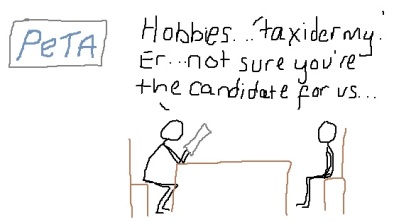 I tried photography for a bit in my teens, which was pleasant, but once I’d filled an entire photo album with slightly blurred pictures of sunsets and close-ups of flowers, there wasn’t much else to do apart from occasionally look at them and wish I knew what an aperture was.

I once played badminton two Tuesdays in a row, so that was nearly a hobby.

As a very small child, I collected stamps with one of those magazine subscription offers that try to get kids interested in wholesome pastimes instead of plummeting into a life of drug abuse and prostitution. I got a stamp book, some tweezers and a magnifying glass (which I wasn’t entirely sure what to do with, as I could see the stamps perfectly well using my normal eyes), and I quite enjoyed myself; but then I saw my friend’s rock and precious stone collection from National Geographic magazine, and my stamps became a vicious symbol of my inability to judge the excitement levels of a hobby.

Then I thought I’d take up ice skating. My aunt took me on my first trip to an ice rink, and I, filled with confidence at the simplicity of figure skating because I had watched Torvil and Dean in the 1994 Winter Olympics, decided I would take it up as a hobby and become brilliant and move to Switzerland and compete in skating tournaments. Then I put on a pair of ice skates, spent 15 minutes clutching for dear life onto the side of the rink, and quietly crossed off this diabolical recreation and cursed my physical ineptitude. 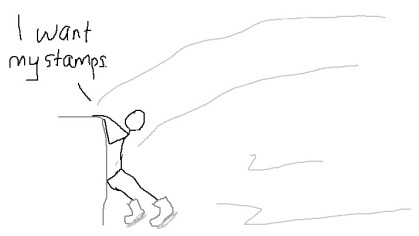 I am currently sitting in front of a list of hobbies on Wikipedia, so let’s see if I can draw some inspiration for my new hobby.

Electronics. Well, I turned on the bathroom light earlier, then about four minutes later I turned it off again, and I’m currently using electrical gadgetry to use my laptop and cook my cod fillet – hell, I’m already doing electronics as a hobby and I didn’t even realise it!

Jigsaw puzzles. Now, I love a jigsaw. My Funnybones puzzle gave me many hours of pleasure as a child. But surely you can’t do a jigsaw puzzle every night. I’m certain that after a while it would affect your day-to-day life.

World-building. According to Wikipedia, world-building is ‘the process of constructing an imaginary world, sometimes associated with a whole fictional universe’. If that is the case, then I spent most of my childhood engaged in this hobby every time I opened my BIG RED BOX OF LEGO DREAMS. 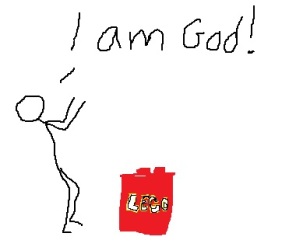 Hula-hooping. I cause enough damage to objects and people around me when I’m standing still, let alone when I’ve got a giant wheel of death spinning round my torso at 3,000 miles an hour.

Wood-carving. I do not have the urge to see a particular object represented in wood. More to the point, I can’t peel a carrot without slicing off five layers of skin, so hacking away at a block of oak means certain amputation.

Soap-making. I buy soap in the shops. They sell it in shops.

Archery. Listen, unless you are Robin Hood, or at least live in Nottingham and regularly get into scrapes with the local Sheriff, you shouldn’t be anywhere near a bow and arrow. 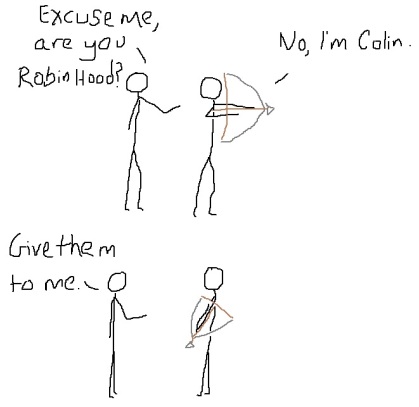 LARPing (live action role playing). I think I’m already doing this hobby: I quite often pretend I’m being chased so that I’ll walk faster and thus get home quicker. Also, when I’m listening to music, I almost always pretend I’m in a film (the genre of which depends on the type of music, it goes without saying). So, one hobby I can tick off the list!

Rock-balancing. Rock balancing. It’s an actual thing. And I’ve just spent nine minutes looking at pictures of it on Google images. It’s like an extreme yet almost meditative outdoor Jenga. I like the sound of it. I’m going to take it up right now. In the absence of any rocks in my bedroom, I’m going to balance my favourite mug on top of a lipstick on top of a glass of Merlot on top of a picture of my grandmother.

It’s a stupid hobby and I don’t want to do it anymore.

Well, maybe I won’t take up a new hobby. Oh no wait… people watching! That’s a hobby? You mean all the hours I’ve spent staring at strangers and silently making up personalities and histories for them and eavesdropping on their private conversations, is actually a hobby??? Hurrah! I’ll just keep doing that, then. I wonder if I’ve still got that magnifying glass from my stamp collecting days… 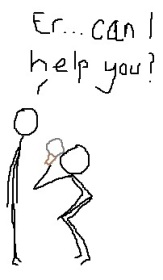