So, done anything exciting in the last few days? Been anywhere nice, done some socialising with a massive group of mates, been down the pub for good old knees up, taken in a show, been to the cinema?

No of course you haven’t.

So as we reach the end of Week 2, it would appear that those industrious folk who spent the last few weeks buying enough provisions to allow a team of Arctic explorers to live like Kings for at least a decade, have either all realised it is possible to eat and exist normally during a pandemic if they just shopped and behaved normally, or they have exploded.

So now the rest of us who briefly subsisted on the nutrients gleaned from licking the moss that grows round our doorstep can now eat food again! Hurrah!

I even got eggs yesterday. Eggs! Clearly all those people who felt they simply had to buy all the eggs have now registered their Guinness Book of Records entry for ‘Largest Omelette Ever Made Using Unnecessarily Purchased Eggs’, or realised they had enough eggs to do whatever they needed all the eggs to do.

And the loo roll is back, mostly. The people who felt they had no choice but to buy it all have obviously realised that their expectation of how 847 toilet rolls would help them during a pandemic didn’t quite match the reality. 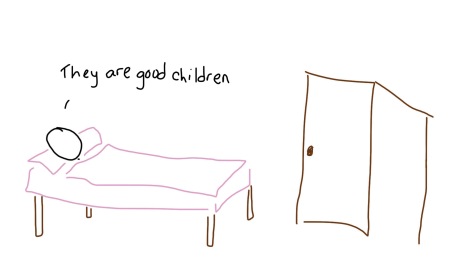 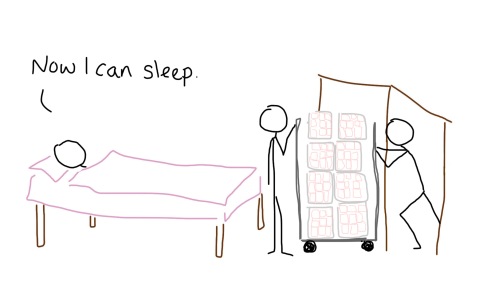 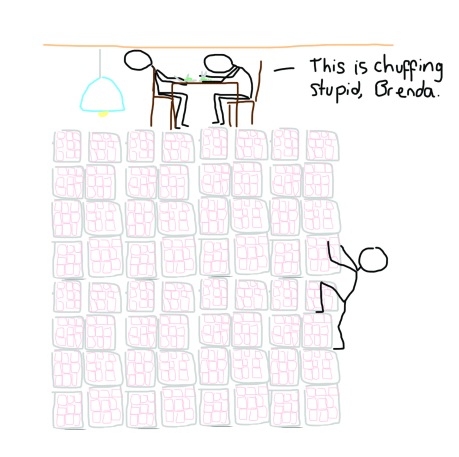 And drugs! I can buy paracetamol again for those pesky virus-induced hangovers, and one can only assume that the people who previously took the difficult decision to buy all of the paracetamol have now either developed a solid addiction to painkillers, or are having a lovely time in a drugged-up haze where there is no such thing as a virus and where things are actually quite delightful. 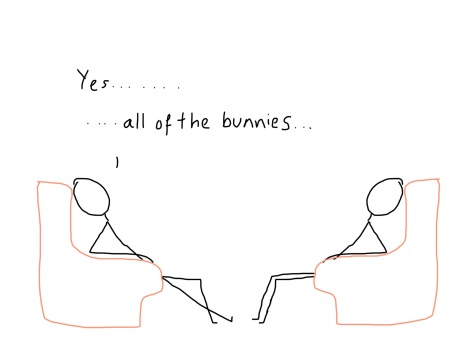 Baked beans are back, thank God, although they seemed to make a relatively quick recovery from the panic buying, presumably because the people who bought and ate 329 tins of beans realised they didn’t actually need to buy and eat 329 tins of beans, and they realised this the first time they shat themselves.

There are still some items that are clearly much coveted, and whilst people may not be panicking so much, there still remain those slightly perspiring folk who head straight for the pasta in a calm and controlled manner, but who would slice open your throat if you took the last packet of macaroni, and this is either because they are ardently carb-loading for all this home exercise they’re now doing, or they have other uses for it. 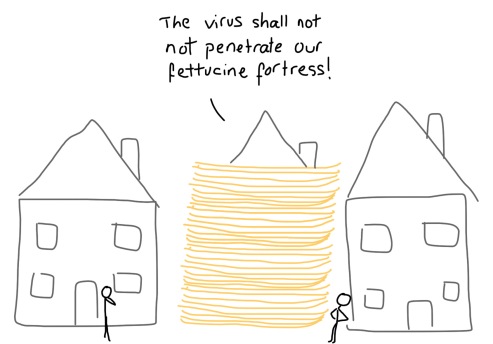 Flour is also still an elusive luxury. This is presumably because all the people who didn’t feel compelled to buy all the bread have been forced into a ghastly Victorian purgatory of baking their own, while all the people who did buy all the bread have now put on 6 stone, given themselves buttered toast-induced diabetes, and have spent every night for the past week trying to discreetly dispose of 17 tons of mouldy bread.

And one fascinating little anthropological titbit has revealed itself down one aisle of the supermarkets: there is only a small and extremely exclusive number of humans who like Heinz Oxtail soup. Fortunately, I am one of them. 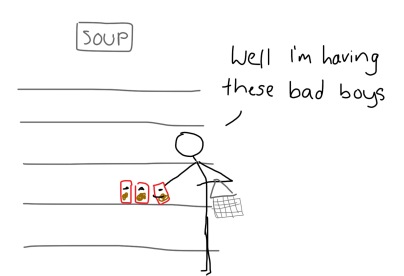 Stay healthy, stay home, and look after each other xx