What’s that you say? ‘Becky, surely you can’t have anything to say about stand-up sunbeds’?

Well, O doubting Listener, I do.

Here in England, Mr Sun, after a long and frankly evil period of absence, has finally decided to show his face, and much like the rest of the pasty, sallow English species, I panicked when I realised that I will soon be required to exhibit flesh in public.

So there was nothing for it but to pay a visit to a sunbed.

Except that when I go on the lie-down sunbeds – which really isn’t that often – I get a burnt bum. I mean a seriously burnt bum. Traffic cones will melt if I stand too close to them. 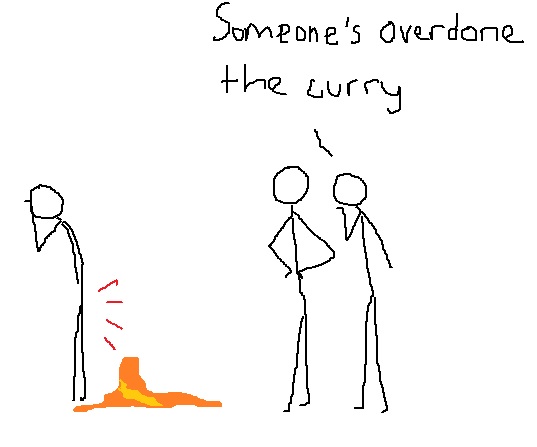 So to avoid this potential plastic-melting hazard (because one must consider every eventuality), I opted instead for a stand-up one.

For those of you who have not been in a stand-up sunbed, it is like walking into a toilet cubicle on a spaceship in which someone has left the heating on for many hours. It has flashing buttons and neon lights and big heavy doors that should make a vvvvvvt noise when they close, as all spaceship doors do.

For those of you who have been in a stand-up sunbed – you just, kind of….

They’re just a bit awkward, aren’t they? I mean you really do just

It’s all a bit strange, really. I thought to myself ‘Well…… here we are then…’ And then thought of nothing, because there is literally nothing else to do or think.

Then I decided to pass the 10 minutes by doing some squats. You know, get a tan, tone my bum, multi-tasking like a pro. So I sank into the first squat, burnt my bum on the ultra-violet wall behind me, cursed, and stood up again. That was the end of the squatting debacle.

So then I thought that, despite the lack of music, I’d try a little dance. Anything to avoid just

So after that I was back to just

But then seeing as I was naked, I thought I’d pass some time by fiddling with myself. No not like that, you foul beast. There’s a time and place for everything, and those silly goggles do not put you in a sexy mood. I mean just … you know … fiddling. I played with my elbow skin for a bit. That was fun. Then I prodded my stomach. Then I gauged whether I could be suspended by a hook through my love handle in a Saw-like torture method, and decided that I definitely could, which was a bit of a bummer. 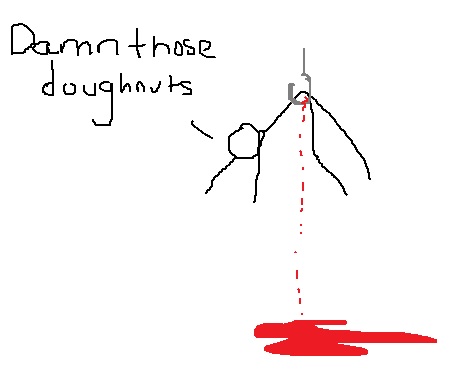 Then when I’d run out of bits of prod, poke and pull, I was forced to just

After about 30 seconds of

I thought I’d be a daring ninja-type-James Bond-tough-guy and flip my goggles off my eyes to see just how bright it really is in there.

I performed said goggle-flipping manoeuvre . And I’ll tell you just how bright it is in there. It is ****ing bright.

After causing myself permanent ocular damage, adding ‘Being suspended from a hook by my love handle’ to my list of Things To Worry About, embarrassing myself in front of myself with scanty dance moves, and searing my posterior, I decided to play it safe and wait out the last few minutes by just

while my skin slowly crisped.

I prefer the lying-down ones.