What’s that you say, splendid Listener? Another iPhone? With even more advanced things that it can do?

What do you mean it can tell when I’m not looking at it? How can an inanimate object tell when I’m not looking at it? That’s ridiculous. I’ve just got used to the preposterous fact that some telephonic devices can use our fingerprints to unlock them. Listener, fingerprints can only be used to unlock things in spacey-future movies, like Men in Black and Star Trek. In spacey-future movies fingerprints can also be used to unlock slidy doors that go phhht in whitewashed, neon-lit corridors populated with men in shiny black suits and immaculately made-up women with severe haircuts carrying clipboards and talking about xeno hackers infiltrating their nuclear centrifuges.

Do you ever wonder, most delightful Listener, whether technology is just going mad? Do you ever get pangs of nostalgia over a time when the most exciting thing in the world was getting your holiday photos developed in a shop??? Or your dad letting you use the one computer in the house to play Chip’s Challenge for half an hour before bedtime? Or spending hours scrawling through the amazing selection of screensavers on Windows 95 and realising you can make your computer screen turn to BUBBLES!!!?????

Isn’t everything now just a bit too slick? A bit too easy? What about the excitement of not knowing whether your printer would actually print your document?? Of not knowing what mood it was going to be in? 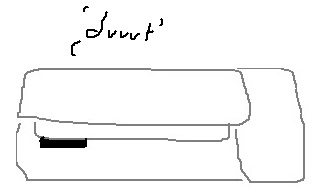 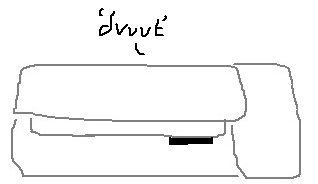 YET ANOTHER INCREDIBLY LENGTHY AMOUNT OF NOTHING.

MORE SILENCE THAN YOU CAN EVER IMAGINE, UNTIL…

Or what about having to work stuff out for ourselves?? Where is the fun in the following conversation:

Person 1: Have you ever wondered what the moon is made of? I mean, imagine if it was made out of frozen milk, or glass, or tiny space-fairy wings woven together with the delicate thread of interstellar spiders? Imagine if we discovered that everything we thought we knew about it was wrong, and it is actually  made of diamond and eventually a spaceship will chop up the moon and distribute bits of diamond to everyone on earth and we’ll all be rich?

Person 2: Hang on, let me Google it….. It’s made of a solid iron-rich inner core and a fluid outer core primarily made of liquid iron.

And what about the sheer beauty of the household scramble to record TV programmes? The stern circles in the Radio Times, the obnoxious post-its on every available surface to remind every person in the house to RECORD SILENT WITNESS TONIGHT? The frantic last-minute dash of fiddling around with the controls, swearing effusively at this ruddy video player, and the tenterhooked anticipation of whether it has actually recorded?? A successful recording meant domestic harmony and contentment; a failed recording meant slammed doors, ripped-up TV schedules, tantrums, and curses against the sheer crapness of technology and everything it stood for. 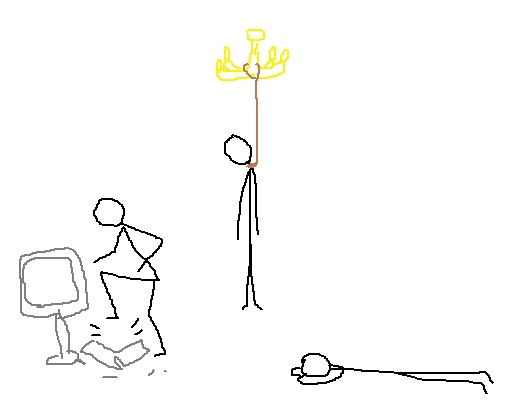 So then what did we have to do? Wait until it came out on video!!!! And how satisfying and brilliant was it when we could finally see that documentary on Ancient Nord armour inscriptions?

And as for games – well. The silent, dulled concentration of children and adults alike as they stare into their flashy hand-held games consoles is quite spooky. They’re like something out of 1984. How many countless tales have I heard of parents who despair of their children’s ‘playdates’, during which all the kids do is sit in their bedroom side by side and silently tweet, bleep and fiddle on their gadgets? Do they talk to each other? Does anyone actually talk anymore?  I talked as a child, Listener. I talked plenty. Through a tin can on the end of a piece of string. Was there any better way to talk?

How much more fun was that than exploding tiny pink bricks on a small screen?

And it’s only going to get more mental. Magic Mirrors, anyone? Yes, it’s a thing. Your bathroom mirror doesn’t just need to be a useful surface in which to study that pesky spot on your chin, or do your make-up – it can show you the news or the weather forecast. You can answer your emails, do your online shopping, and check your bank statements, all whilst brushing your teeth. How much of a marvellous start to the day could that be? 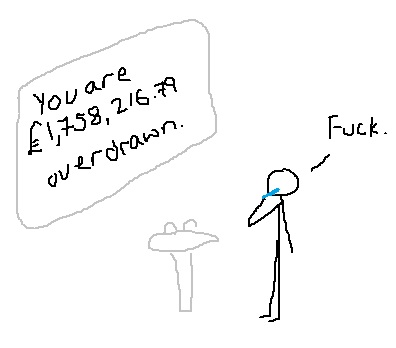 I just think it’s all gone a bit mad and a bit creepy. Maybe I’m just bitter that, if it weren’t for all those videos of cats falling over or holidaymakers being chased by rhinos on YouTube, I would be the author of several books by now – or maybe it’s just because I’m a little bit worried that one day, in the not so distant future, the world will be a flashing, blinking place, with the only sounds the incessant bleeping of gadgets and automated voices saying ‘Fingerprint recognised.’

41 thoughts on “Becky says things about … the madness of technology”